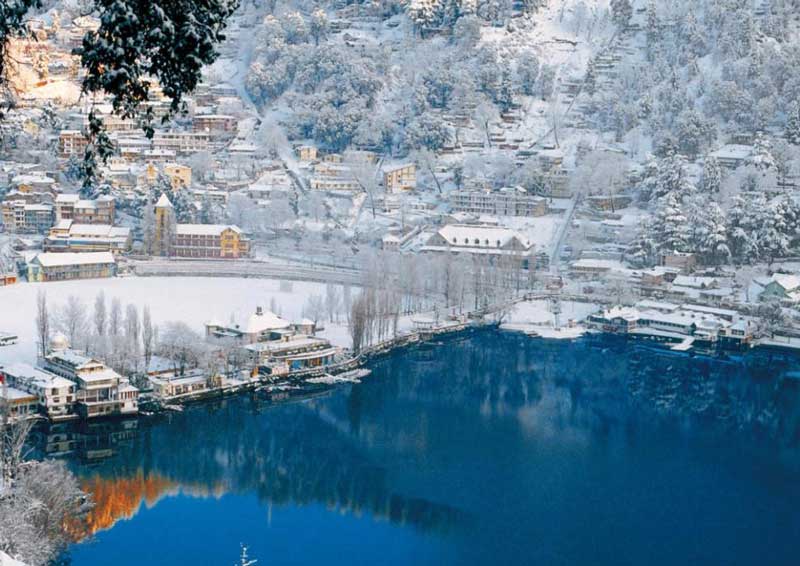 Nainital is a paradise for nature lovers. The most captivating aspect about Nainital is its hilly surroundings and the poised lake. The "Naini Lake (Tal meaning lake) offers an enthralling and mesmerizing experience to the tourist which is why it is sometimes referred to as the 'Queen of Lakes'. Thus with 'hills' in the backdrop and the enchanting lake the place offers a calm and imperturbable along with zealous and fervor laden experience for its visitors. The pear shaped lake is encompassed and bounded with hills on all sides.

This lake and the town both got their names from the legendary Bhim of the Mahabharata fame. After the Anglo-Nepal war, the British government constructed a dam on this lake in 1883. The ruler of the Kumaon kingdom, Raja Baz Bahadur Chand, built the temple on the banks of this lake. Initially, this dam was built for irrigation purposes, but later it was used for drinking water. Different researchers have diverse opinions on the origin of this lake. However, the popular one is that the shifting of the numerous plates of the Earth’s crust created this lake. But the continuous pollution and sewage disposal are worsening the quality of the lake very severely.

Kathgodam forms a part of Haldwani - Kathgodam Municipal council which was established in 1942. This is now the second-largest municipal council of the state, the first one being Haridwar. The word Kathgodam literally suggests timber depot. Previously, Kathgodam was only a small village and it became popular when it was brought on the Railway Map of India by Britishers. 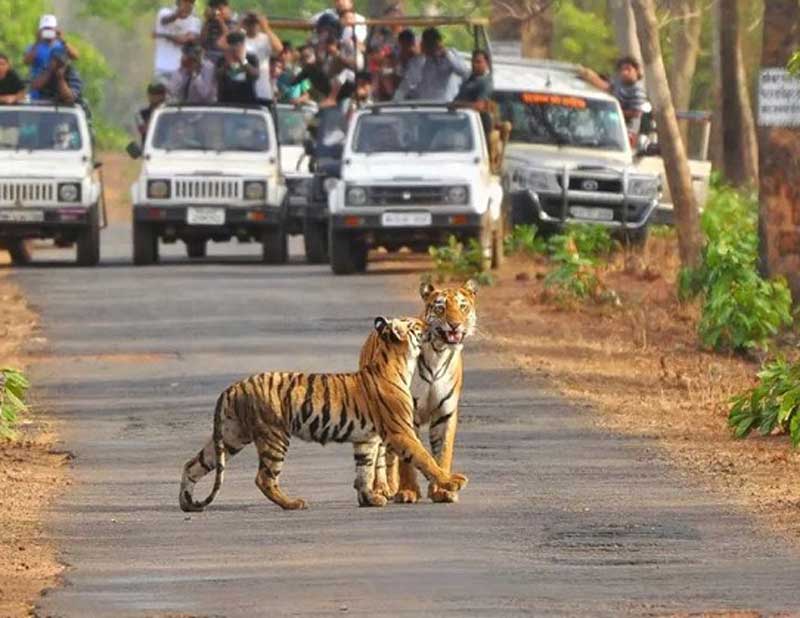 Jim Corbett National Park is the oldest national park in India and was established in 1936 as Hailey National Park to protect the endangered Bengal tiger. It is located in Nainital district and Pauri Garhwal district of Uttarakhand and was named after hunter and naturalist Jim Corbett. The park was the first to come under the Project Tiger initiative. Corbett National Park comprises 520.8 km2 (201.1 sq mi) area of hills, riverine belts, marshy depressions, grasslands and a large lake. The elevation ranges from 1,300 to 4,000 ft (400 to 1,220 m). Winter nights are cold but the days are bright and sunny. It rains from July to September. The park has sub-Himalayan belt geographical and ecological characteristics.[3] Dense moist deciduous forest mainly consists of sal, haldu, peepal, rohini and mango trees. Forest covers almost 73% of the park, while 10% of the area consists of grasslands. It houses around 110 tree species, 50 species of mammals, 580 bird species and 25 reptile species.